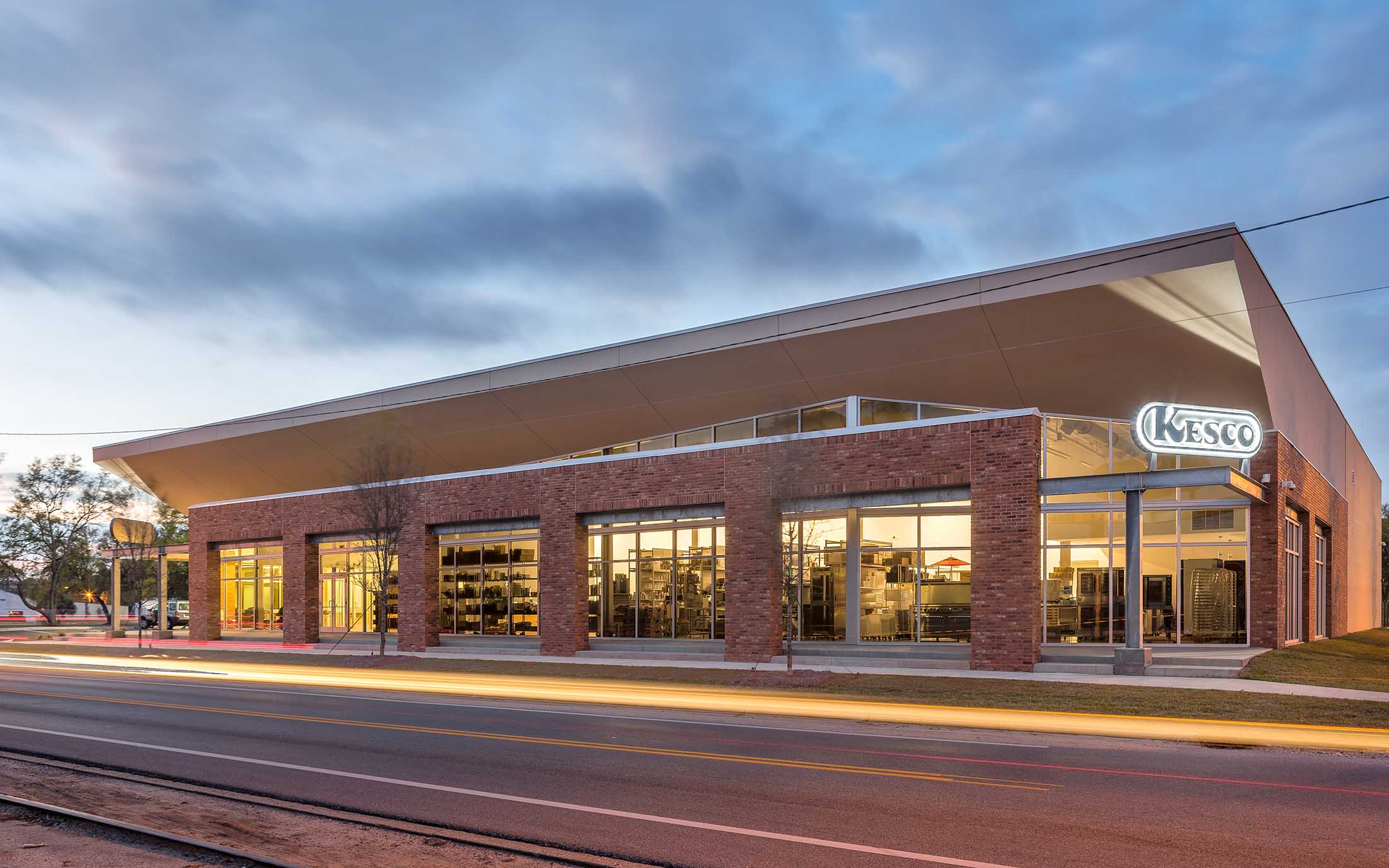 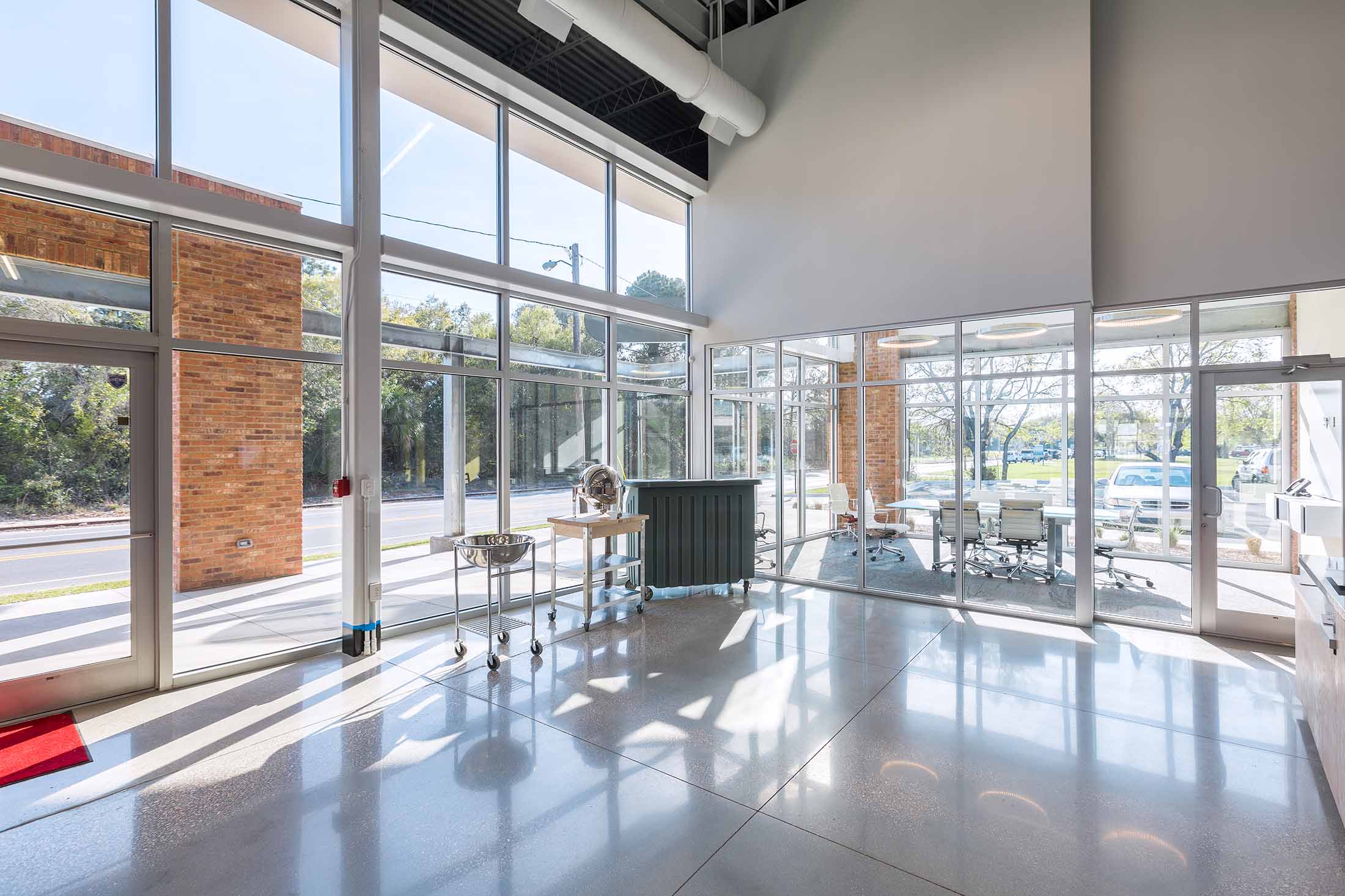 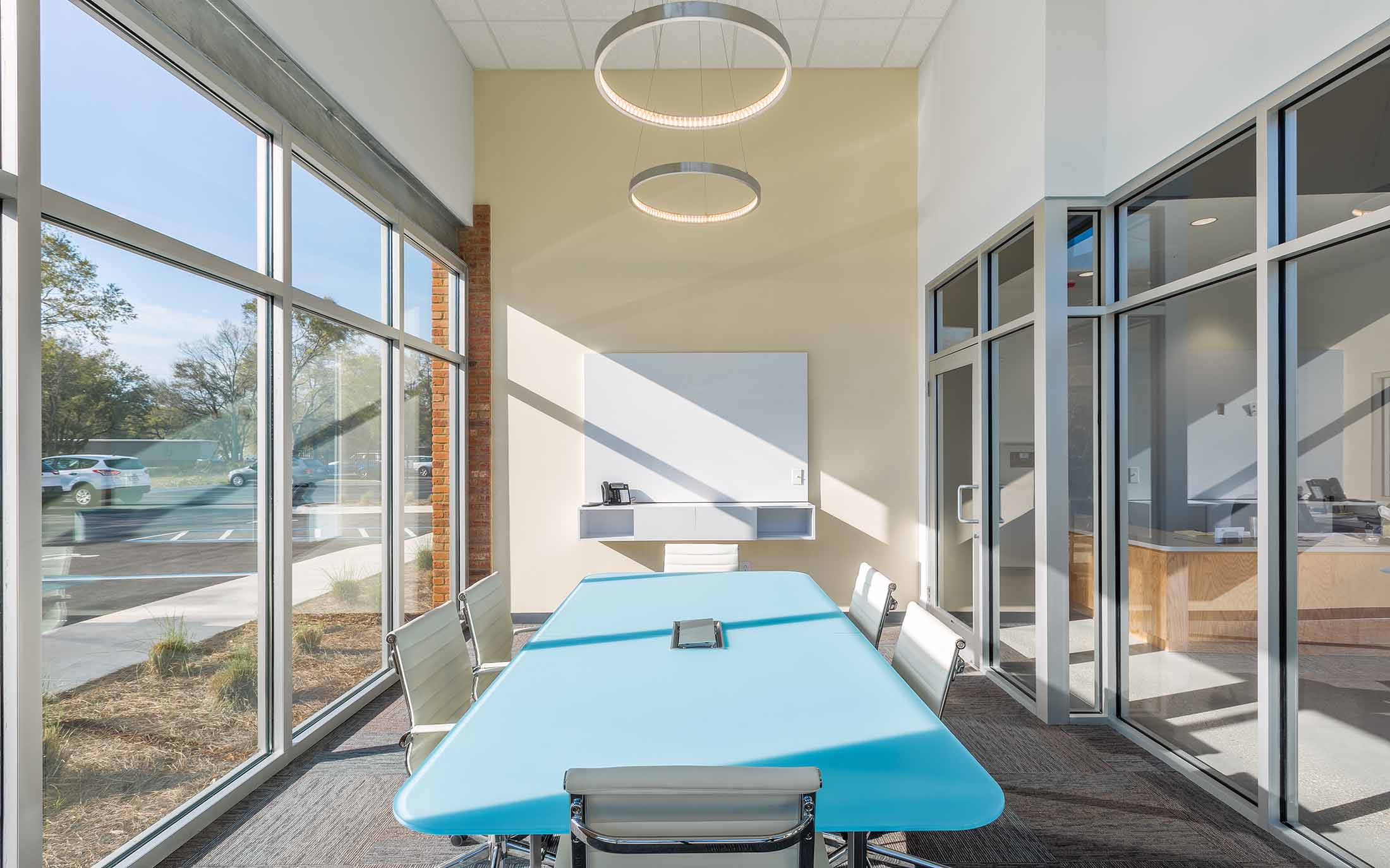 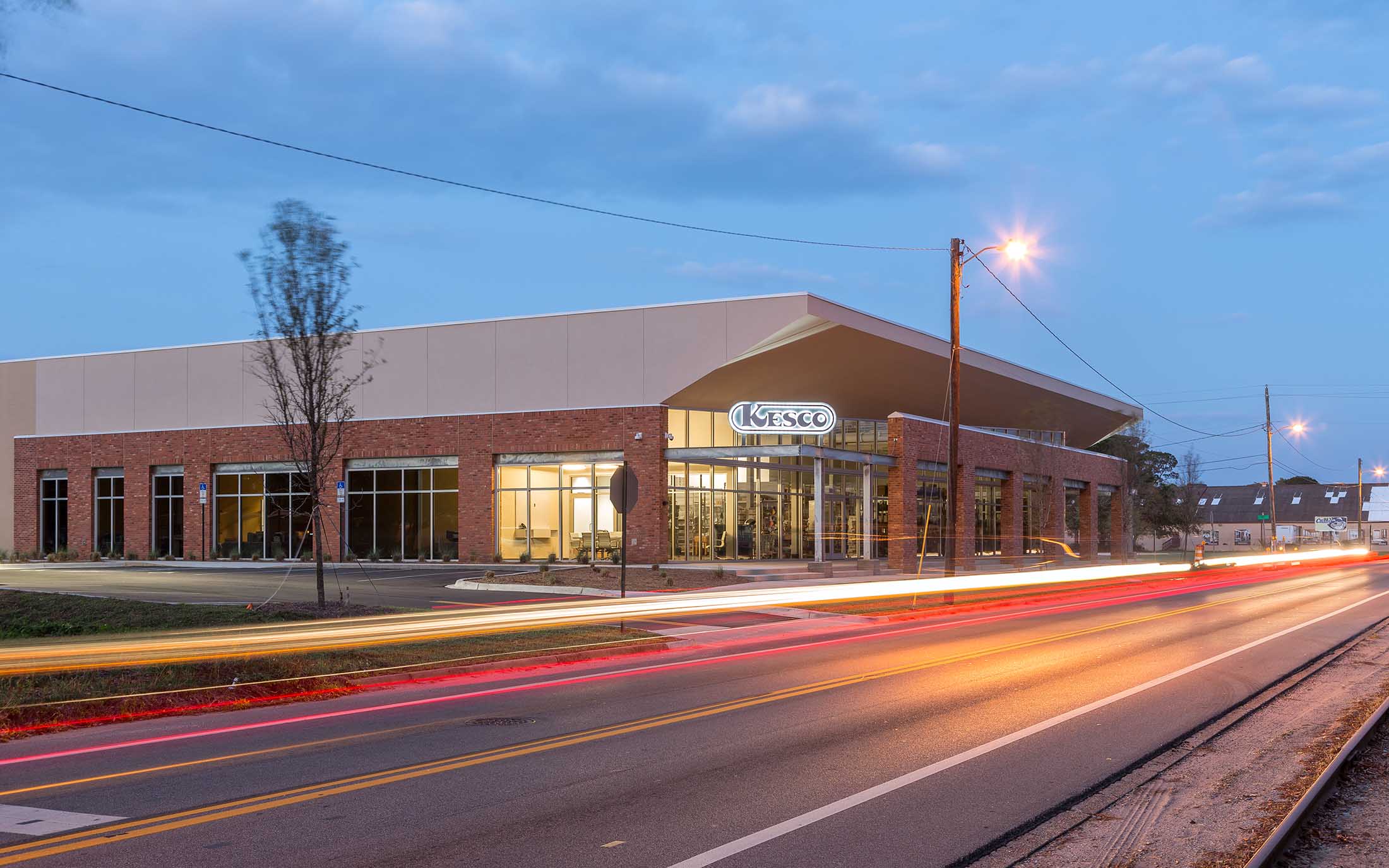 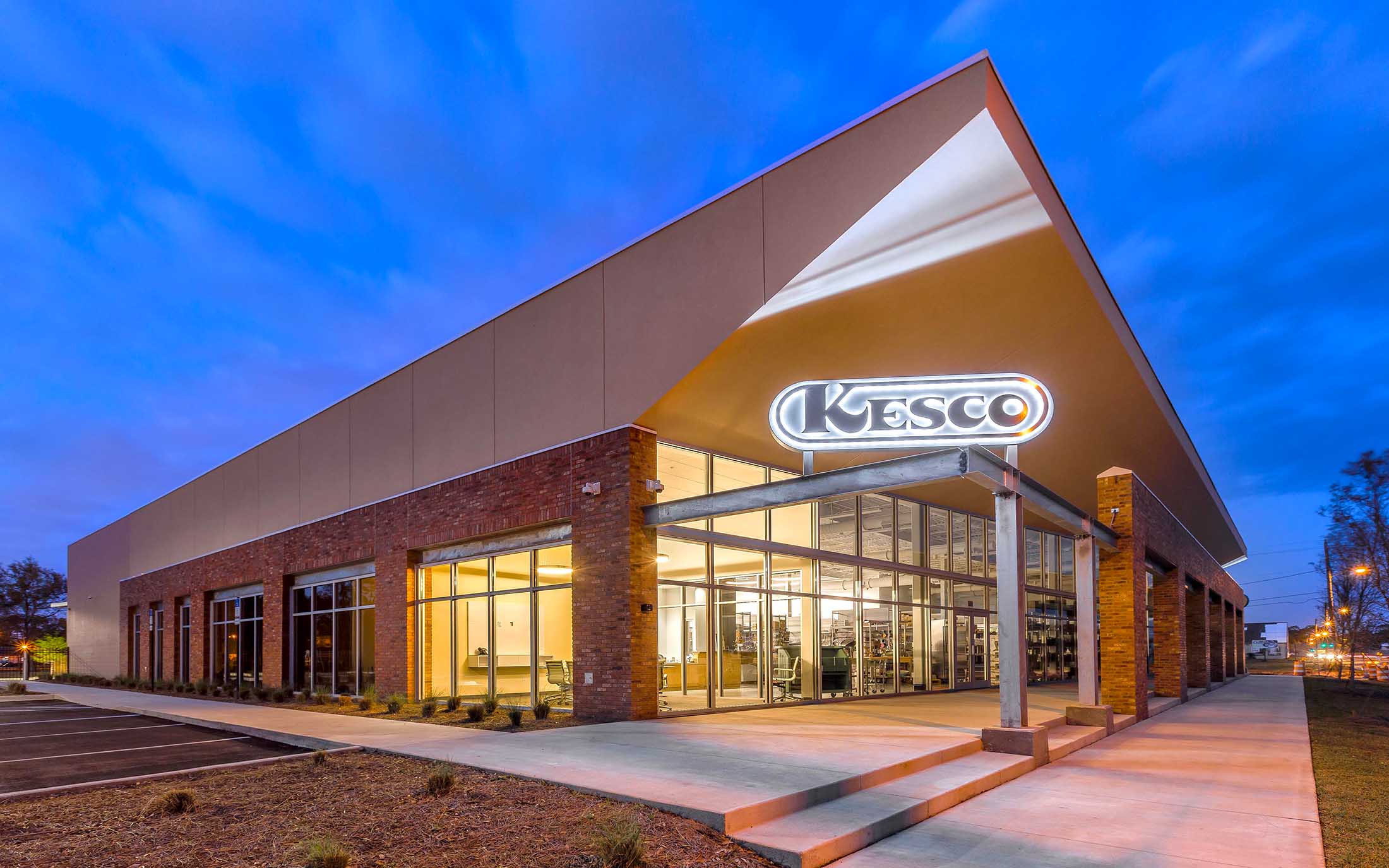 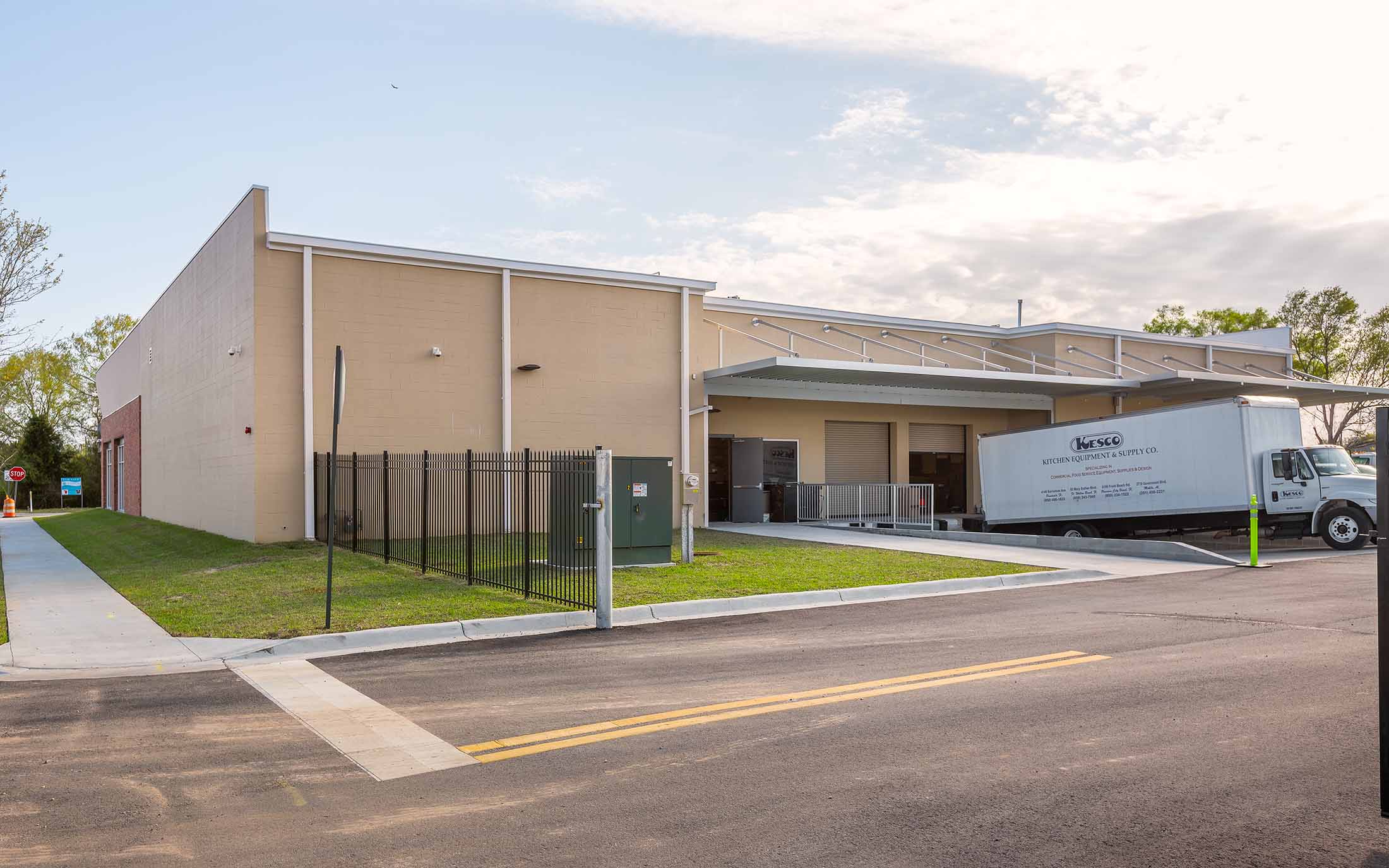 In 2015, Vision Construction was proud to deliver yet another addition to downtown Pensacola’s economic boom. Residents and businesses along Pensacola’s Main Street corridor have a new neighbor in the form of a new 20,000 square foot showroom and state-of-the-art distribution warehouse.

Longstanding Pensacola business Kesco Kitchen Equipment and Supply Co. has had an established presence west of downtown in Warrington for 30 years. Kesco founder Don Theriot says his company’s relocation and expansion of its Pensacola showroom and warehouse facility is the next chapter in continuing his company’s success across the Gulf Coast.

Theriot chose Pensacola-based Vision Construction as general contractor and Quina Grundhoefer Architects as the architect for the new one-story building. Together, they chose a design that would reflect the architectural character of downtown’s history as an industrial hub in the region. The building features a brick facade with a modern floor-to-ceiling glass storefront with exposed steel beams manufactured by Bell Steel Company, whose headquarters facility is also on Main Street.

“We really wanted to show off the historic character of Pensacola with the brick and industrial accents on the building,” said Theriot. “We even put the entrance to the building right off Main Street purposely to allow people to walk right off the street into our showroom.”

Working on an accelerated timetable, we built this flexible, cost-effective office, showroom, and warehouse space to house Kesco’s corporate headquarters for regional operations in Pensacola, Florida.